from the book Wind Sand and Stars  by Antoine de St. Exupéry

Thus, when Mermoz first crossed the South Atlantic in a hydroplane, as day was dying he ran foul of the Black Hole region, off Africa.

Great black waterspouts had reared themselves seemingly in the immobility of temple pillars. Swollen at their tops, they were supporting the squat and lowering arch of the tempest, but through the rifts in the arch there fell slabs of light and the full moon sent her radiant beams between the pillars down upon the frozen tiles of the sea. Through these uninhabited ruins Mermoz made his way, gliding slantwise from one channel of light to the next, circling round those giant pillars in which there must have rumbled the upsurge of the sea, flying for four hours through these corridors of moonlight toward the exit from the temple. And this spectacle was so overwhelming that only after he had got through the Black Hole did Mermoz awaken to the fact that he had not been afraid.

Saint-Exupéry – and his plane – vanished over the Mediterranean in 1944. Neither he nor his plane were ever found. Until … 2004, 60 years after his disappearance, the remains of his Lockheed Lightning P38 aircraft were found off the coast of Marseille. It is still a mystery why the plane went down, and we’ll probably never know. 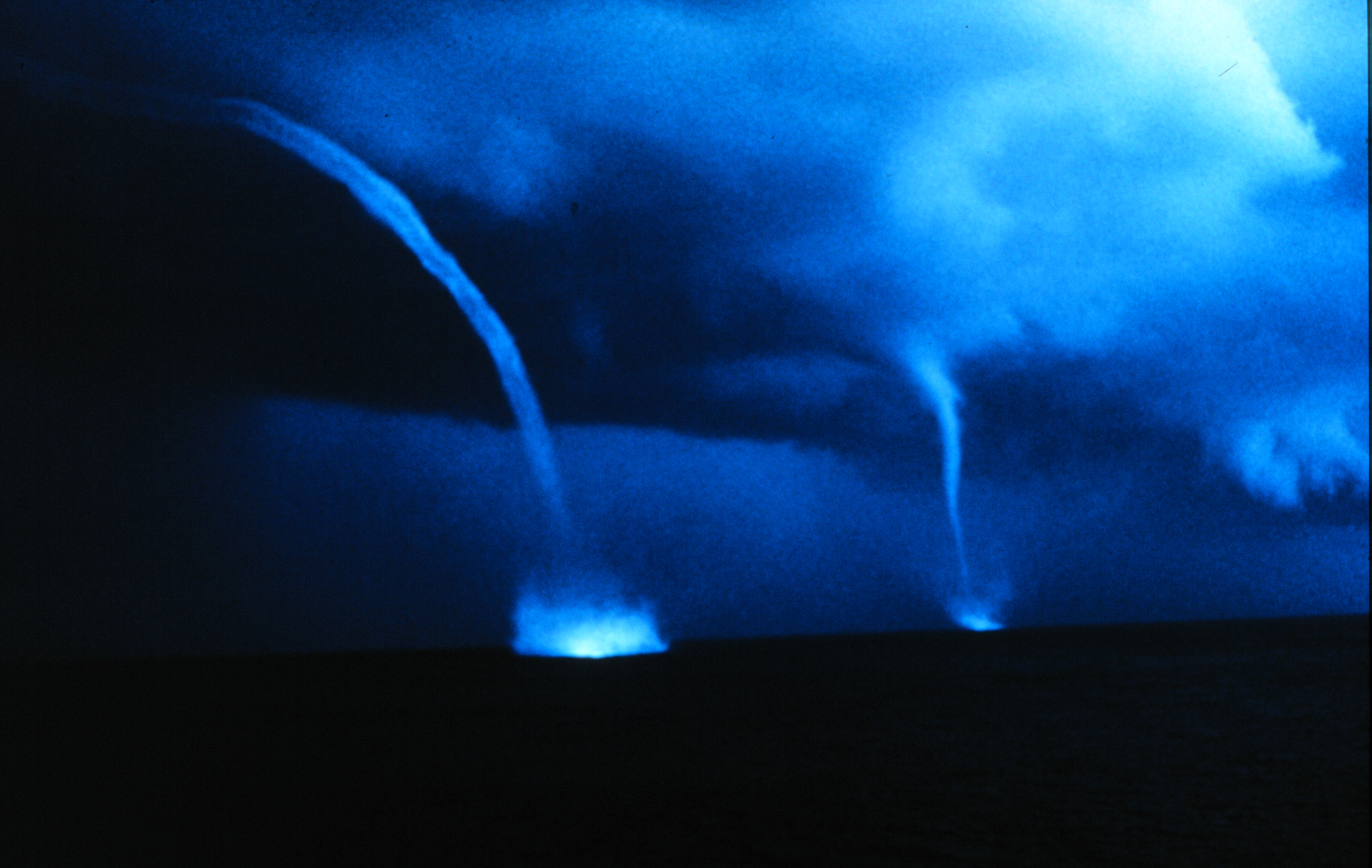 Waterspouts in the Bahamas Islands: photo by National Oceanic and Atmospheric Administration, n.d.